Conquering The Confusion Of Oriental Cuisine 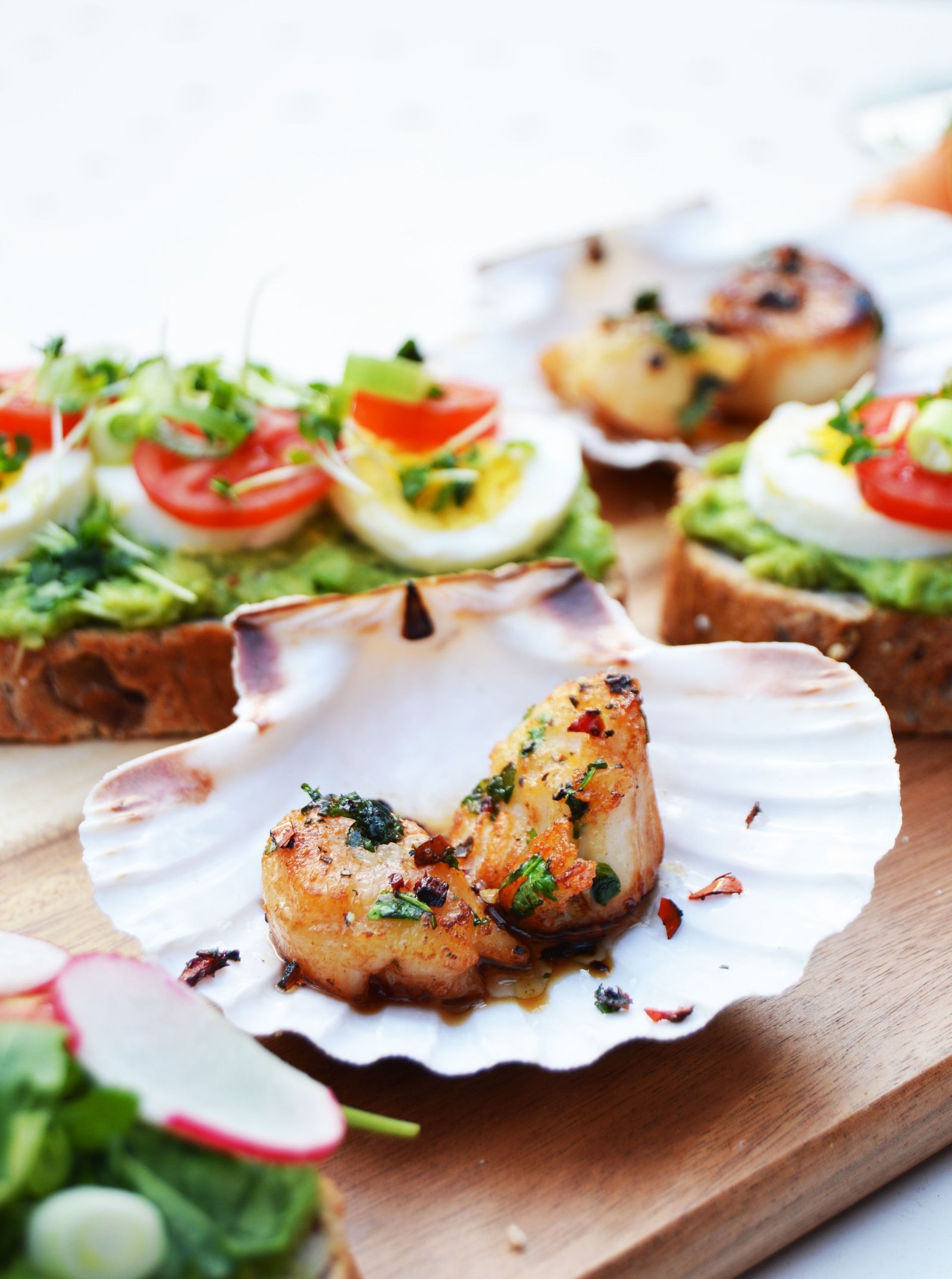 Food has long been one of the most important parts of human society. For thousands of years, people have used meals as a way to forge relationships and get along with one another, with the act of filling someone’s belly being seen as a gesture of goodwill. Of course, in the past, most cities, towns, and villages would be heavily restricted when it comes to the sort of food they have access to. This has lead to a huge amount of diversity in the food which people around the world like to eat, and Asia is home to some of the most interesting options. To make it easier for you to explore this side of food, this post will be exploring a range of regions in this part of the world, giving you an idea of the sort of food the locals love the most. 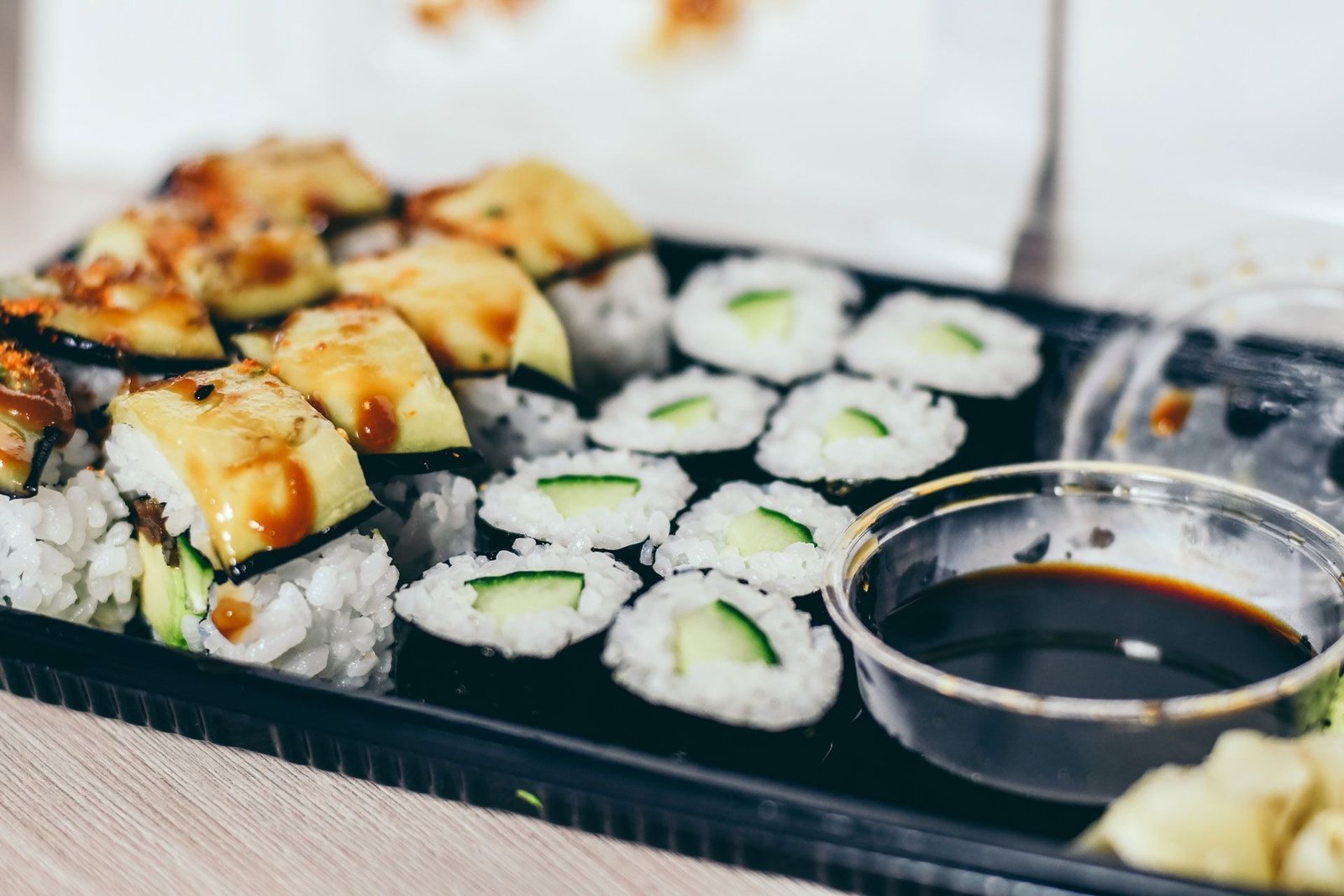 As an Island nation, Japan has always been somewhat cut off from the rest of the world. With access to a lot of great fishing waters, but very little land which is good for farming, the traditional foods you find in this part of the world are largely based around the ocean. Along with this, the creations which you’ll find in Japanese restaurants are often very intricate and precisely made, showing the dedication and attention to detail which this nation has been known for over the last few generations.

A lot of people get Sushi and Sashimi mixed up, assuming that the former is the latter. In reality, though, sushi is a rice-based dish and can be without any sort of meat. Sashimi, on the other hand, is always meat or fish and is served only with a bit of soy sauce on the side. If you’ve looked at Japanese food in the past, you will have almost certainly heard of sushi and may have even tried it for yourself while at home. Meals like this will most commonly use fish, rather than meat.

Being largely influenced by Portuguese settlers of the past, anyone could be forgiven for thinking that tempura feels a little out of place when compared to other dishes from Japan. Baring a strong resemblance to English battered fish, this meal consists of deep fried fish with a coating which is usually made from corn flour. This offers tourists the chance to try some of the fish this nation is famous for, without having to leave their comfort zone and eat something which they don’t feel comfortable with.

It’s hard to talk about the food on offer in Japan without mentioning miso soup. As one of the most popular dishes amongst locals, it makes sense that guests would want to try it, too. Miso soup consists of a stock which is made from various fish and spices, with vegetables being added to the mix as it is being cooked. There are loads of unique ways to enjoy this soup, with a lot of street sellers adapting the traditional dish to make it better suited to eating while you’re out and about. 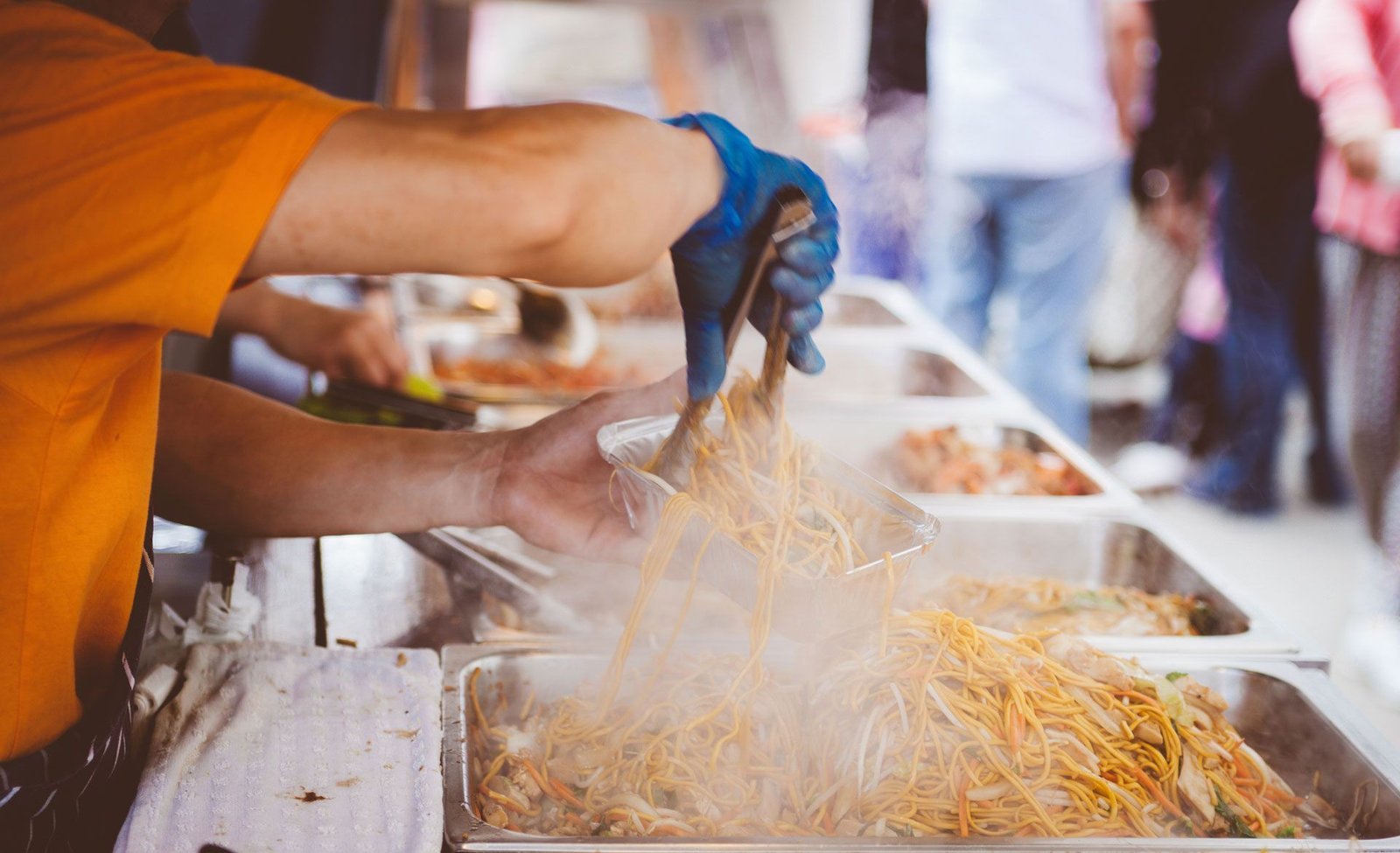 Chinese food is one of the most popular options for those looking for takeaways in the West. This means that you’ve probably tried it before, and will have an idea of what you like. If you ever visit China, though, you will probably want to throw your ideas in the bin, as you will soon realise that the options you’ve been served at home barely reflect the traditional dishes you’ll find on arrival. Below, you can find some examples of the most popular dishes amongst the permanent residents of China.

A lot of Chinese dishes use chicken as their main component, and Kung Pao is no different. Consisting of chicken, peanuts, chilli peppers, and other vegetables, this sort of meal will always pack a flavoursome punch. This example of Chinese cuisine has been around for a very long time, with individual regions adding their own take to the classic, and changing the experience you will have depending on where you try this dish. Of course, like a lot of Chinese food, it is nice and easy to make at home.

Originating in Beijing, Peking duck is another meal which has a lot of history behind it. Traditionally, a chef would prepare the duck in the kitchen, and then bring it out before slicing it, giving diners the chance to watch the process unfold. Characterised by its crispy nature, authentic Peking duck recipes will leave very little meat, instead focusing around the skin of the bird. It would usually be served with spring onions and hoisin sauce, but this can vary from chef to chef. Malaysia has always been a very busy country. For hundreds, if not thousands, of years, this part of the world has been used as an access point into Asia, and this has only continued as the nation has built up one of the most comprehensive road networks which this area has ever seen. As a result of playing host to so many people throughout history, their culture has been shaped around diversity, and this can be seen in the array of unique dishes which are consumed here.

To start your journey to Malaysia, it makes sense to try the dish which the nation is most proud of, and this comes in the form of Nasi Lemak. The main part of the meal is a fragrant rice dish which is cooked with coconut milk and pandan leaf, creating a strong flavour which most people haven’t experienced. It often comes served with vegetables, meat, and even boiled eggs, making it versatile enough for anyone who struggles not to be picky with their food, while still offering an authentic taste.

This food didn’t become popular in Malaysia originally, instead of being the creation of a Malaysian man while living in Singapore during the occupation of Britain. The meal is made by preparing a traditional Malay omelette, using minced meat, tomato, and other vegetables to make it pack a punch. From here, the whole thing is put inside of a sandwich, making it perfect as a form of street food. Finding a cheap studio apartment to rent in a city like Kuala Lumpur isn’t too hard, and could give you the chance to try loads of different food options which fall into a similar space to Roti John.

While it shares some of its names with the first Malay option on this list, Nasi Kandar’s only real resemblance to this meal is the fact that it contains rice. The rice is usually either plain or only mildly flavoured and will be served with a variety of different side dishes. Curry is the most popular option here, with the meal originally being popularised by Indian settlers. This is a great option when you’re looking to share with friends, as you will have the chance to try everything on the table.

With all of this in mind, you should be feeling ready to take on the challenge of conquering oriental cuisine. This part of the world is truly vast, with hundreds of unique and interesting dishes for you to try. Of course, though, it is impossible to cover all of the meals you have available in a single post, and this makes it worth getting out there and trying some food for yourself, as no one else will go through this process for you.

What are your favourite cuisine and favourite food? 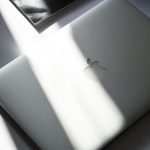 Increase The Attraction Of Your Blog! 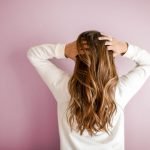 Are You Inadvertently Ruining Your Hair? 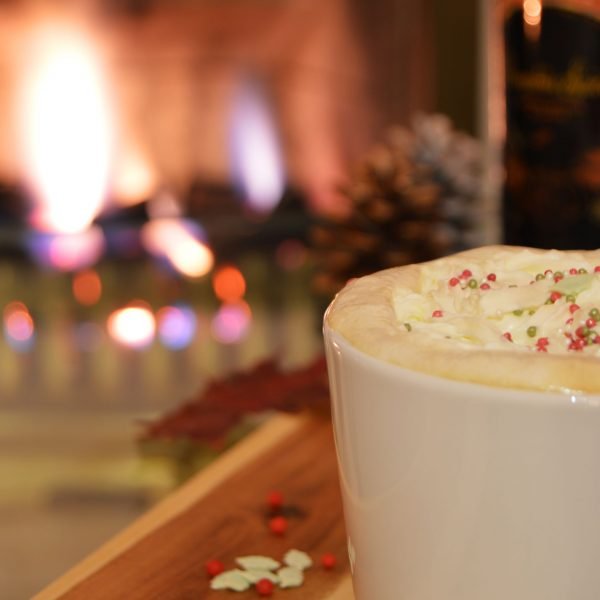 How to Make Pumpkin Spice Latte with Baileys 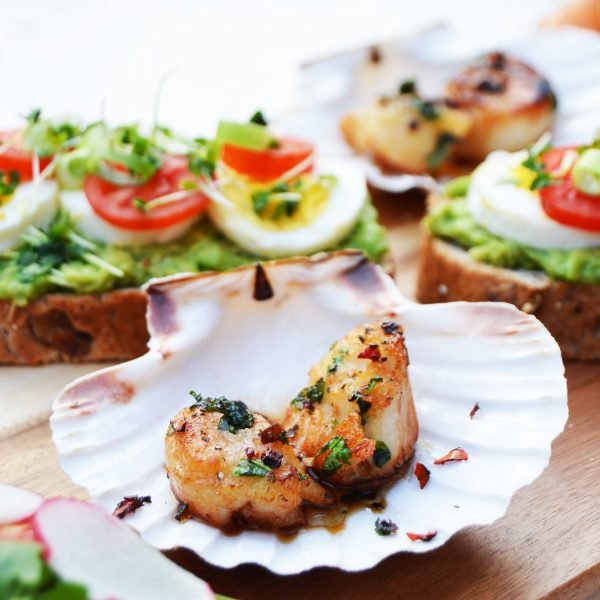 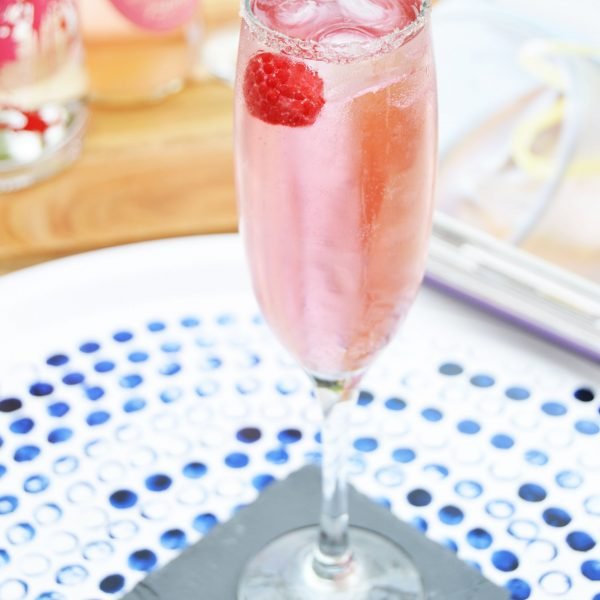